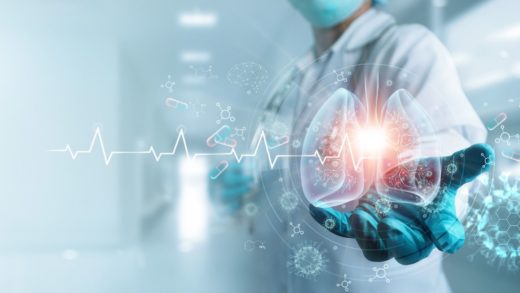 What are the issues with clinical research?

Homeopathy is not a modality or therapy, but an entire system of medicine, with its own paradigm of understanding health and illness. That paradigm directs the process of evaluation and treatment. Therefore, in order to accurately assess the effectiveness of the intervention, researchers need to design studies that are congruent with the way homeopathy is practiced clinically.

This means that the gold-standard, biomedical research model for drug interventions (one disease or symptom, one drug, double-blind, placebo-controlled, prospective trial) is not an ideal research process for homeopathy.

What is the biomedical research model?

In a conventional study, patients are randomized so that some get the drug, and others get placebo. The researchers attempt to make the two groups of patients as identical as possible. Neither the researcher nor the patient knows whether they get the active drug or a placebo.

Then researchers tabulate the results and do the statistics to determine if there was a drug effect that was different from the effect of the placebo. Placebo effect can run anywhere from 10 to 75%. For a drug to be determined effective, it has to reduce the symptom or improve the illness in a way that is statistically significant over the placebo.

These types of studies count on the commonalities of individuals with common symptoms or illnesses, and seek to find treatments that can be applied to large populations. For example, the impact of ibuprofen on individuals with joint pain from osteoarthritis would compare a specific dose of the medication on all similar patients (matched for age, sex, level of disability, other medical illnesses, etc.) compared to a group which received a sugar pill that looked like ibuprofen. If the ibuprofen made their joint pain decrease more than the placebo did, then ibuprofen would be considered an effective and recognized drug intervention for osteoarthritis.

How does the biomedical research model work with homeopathy?

In homeopathy, the uniqueness of the individual is the key to effective prescribing. The entire picture of the individual, not the medical illness, is the basis of treatment. One hundred different people with medically diagnosed osteoarthritis and joint pain each have different overall presentations, constitutions, levels of vital force, etc.

The homeopath carefully selects both the remedy and potency that is the best fit for the uniqueness of the client. The correctness and effectiveness of the remedy is evaluated by its impact on the entire state of the individual. In an osteoarthritis study, if their joint pain hasn’t improved on the first recheck, but they have more energy, are sleeping better, and are more functional in their life, who is to say that the remedy is not effective? So, how does one evaluate if a certain homeopathic remedy is effective for a certain illness or symptom?

The following is an example of a pair of studies that attempted to answer this question. 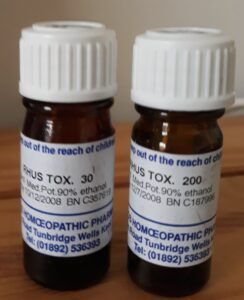 What research has been done?

Many different types of studies have been done, and many do offer useful information. There are more than 150 published, controlled clinical trials using homeopathy. Let’s take a look at the range of research that exists.

Five hundred adults with classical influenza were divided in half, with one group receiving the homeopathic remedy Oscillococcinum and the other placebo, in a double-blind fashion. Patients recorded their rectal temp twice a day and noted the presence or absence of headache, stiffness, lumbar back pain, joint pain, shivers, cough, runny nose, and fatigue.

The proportion of the cases who recovered within 48 hrs of treatment was greater among the homeopathy group (17%) than the placebo group (10%). Interpretations of the study differed according to perspective:

In homeopathy, sometimes multiple remedies that are indicated for relatively uniform conditions are used in combinations. One French study looked at a non-classical, low potency combination of five remedies commonly used to support childbirth. The combo or placebo was given twice daily to pigs and dogs during the final month of pregnancy.

The efficacy was dramatic, with the remedy combination reducing the average duration of labor by 3.4 hours, and decreasing the occurrence of difficult deliveries from 40% to 11%. (Note that many pharmaceuticals and medical products are also initially tested with pigs and dogs  because a successful outcome with these animals often correlates with success in humans. ) (Dorfman et al., 1987).

Studying the Homeopathy System Itself

Forty-six patients with rheumatoid arthritis were randomized to homeopathic remedies or placebo. The remedies were selected according to traditional homeopathic principles to match each individual. Both groups were allowed to continue their conventional anti-inflammatory drugs. Objective follow-up measurements were made by an independent assessor, noting the measured articular (joint) index, limbering up time, grip strength, and pain.

Significant improvement occurred in those treated with homeopathic remedies, but not in the placebo group. Within one year, 42% of homeopathically treated patients were able to stop all conventional pharmaceutical treatments (Gibson, 1980).

Eighty-one Nicaraguan children, age 6 months to 5 years, with acute diarrhea (a major cause of morbidity and mortality) were treated with standard support of IV fluids, plus either an individualized homeopathic remedy or placebo, and they followed up for five days.

The group that received a homeopathic remedy had a statistically significant decrease in duration of diarrhea and in number of stools per day after 72 hours of treatment. Such intervention has the potential for saving both lives and dollars, especially in developing countries where this issue is so prevalent. This model of study is an excellent format for evaluating the efficacy and effectiveness of the homeopathic method itself (Jacobs et al., 1994).

Techniques of statistical analysis have been developed that allow for the combined interpretation of results from studies that vary in design, populations, and situations. This is very helpful when there have been many different smaller studies that individually are of less significance.

Two previous trials of oral homeopathic immunotherapy for patients with allergic asthma had been significant over placebo. The trial was repeated a third time with 28 patients, most sensitive to house-dust mites, with the treatments given as a complement to their usual conventional care.

Within one week of beginning treatment, and lasting for the eight weeks of the study, those patients receiving homeopathy had a significant improvement in their respiratory function and bronchial reactivity tests. Combining all three trials in a meta-analysis strengthened the evidence that homeopathy works more than placebo (P=0004) (Reilly et al., 1994).

One hundred eighty-six clinical trials were identified and 119 met the criteria for inclusion. Of those 119 trials, 89 had sufficient data to analyze statistically. More than 10,000 patients were included. The results were tabulated looking at “odds ratios” where an odds ratio of greater than one meant that there was a 95% confidence that the results were not due to placebo. The combined odds ratio was 2.45. Odds ratios of greater than one were found in many studies examining efficacy of a homeopathic intervention in the areas of allergy, dermatology, bruises, cramps, stomach and intestinal complaints, sprains, neurological issues, gynecologic complaints, childbirth, asthma, upper respiratory illnesses, and rheumatology (Linde et al., 1997).

What is the mechanism of action for homeopathy?

You might be surprised to learn that in conventional medicine today, we have many practices in which we do not understand how they work, and pharmaceuticals for which we have no clear mechanism of action (in other words, the method by which they impact functions in the body).

Historically, this has been even truer in the past, even with drugs as common as aspirin. Yet, physicians commonly use drugs that seem to give clinical results, without understanding the mechanism.

Despite this practice in conventional medicine, the lack of a clear mechanism of action for homeopathy is one of the greatest barriers to conventional physicians being more interested in the field. In the British Medical Journal, 1991, a positive homeopathy meta-analysis published by J. Kleijnen stated:

“Based on this evidence we would be ready to accept that homeopathy can be efficacious, if only the mechanism of action were more plausible.”

In early Newtonian physics, water was understood to be random molecules of two hydrogens and one oxygen continuously bumping into each other. Now, with quantum physics, we now know that powerful forces on the molecular level affect the structure of water. The motion of molecules is not always random. There appears to be a continuous and dynamic process of destruction and growth of organized clusters. Could these clusters be the method through which the information from a substance is imprinted in the water, and which is stabilized through the addition of small amounts of alcohol (as is required to stabilize homeopathic remedies when still liquid)?

Ferley, J.P. A Controlled Evaluation of Homeopathic Preparation in the Treatment of Influenza-like Syndromes. British Journal of Clinical Pharmacology, 1989, 27, pp. 329-335.