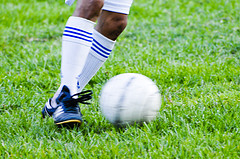 Wear and tear in the joints is known by the alarming names of osteoarthritis, or in the spine, spondylitis. These are conditions which are present in all adults, especially in later life. Many people have this problem without being aware of it. In severe cases pain and disability can result.

This is most obvious in the hips and knees, where replacement surgery can restore mobility and reduce pain and in the back.

What is not generally recognised, however is that bones and joints have the ability to repair and regenerate to some extent. Bones have two types of cell that control the density and shape of the tissue. Osteoblasts form bone and osteoclasts remove bone mineral constantly working to regenerate and remodel the bone and joints.

One of the causes of osteoarthritis is when local tissues are subject to trauma. This may be major trauma which results from an accident or micro trauma which can be caused by repetitive movements or poor posture. This causes inflammation, which in turn creates scar tissue. Scar tissue may reduce the blood supply to the joints. As blood takes nutrients to the joints and removes waste products and toxins, the ability to self-heal diminishes. Over a long period of time, often many years, arthritis sets in.

It stands to reason therefore if you can increase the local blood supply and stimulate the joints, the arthritic process reduces and in some cases a degree of regeneration occurs.

Advanced Soft tissue techniques consisting of identification and treatments of trigger points around the offending joints by the therapist, and neuromuscular technique, a form of local deep massage can reduce pain and disability significantly.

Other natural arthritis pain relief techniques such as lymph drainage will help to drain local toxins from the area and simple Craniosacral and positional release techniques can deal with inherent tensions caused by tissue memory causing local tension.

One of the very first patients I treated 25 years ago, was a hockey player in his late forties who lent me his knee to practice on. At that stage x rays had shown that the joint surfaces were worn and uneven, there was the characteristic creaking sound when the joint was moved and there was extensive pain on the ligaments around the knee.

Treatment as outlined above reduced the pain and allowed him to continue playing his beloved hockey for a few more years. I met up with him again last year, many years after we had moved to the West Country. He had continued having regular treatment and although the arthritis had worsened he hadn’t needed a replacement knee as would have been expected from the initial findings.

A frail elderly lady in her 90s consulted me 6 years ago with extensive wear in her shoulder joints and neck. She had done a heroic amount of physical work in the past. Using the combination of treatments outlined above on a monthly basis her range of movement in the joints has improved significantly, and her pain has diminished.

Prevention however is better than cure. In our culture we do not recognise that a problem exists until we get symptoms appearing.

Arthritis takes many years to develop, so it would make sense for patients to have regular check ups, or seek an opinion after an accident, a period of heavy work or a whiplash.

Turning Point Training runs courses in the simple Craniosacral and positional release techniques as described above, Tel: 01769 579079 or visit www.turningpointtraining.org